Back to Critic (The)

CRITIC, THE. English, Country Dance Tune (6/8 time). A Major. Standard tuning (fiddle). AABB. The tune appears in Samuel, Ann and Peter Thompson's Twenty-Four Favourite Country Dances for the Year 1781, Longman & Broderip's Compleat Collection of 200 Favorite Country Dance (London, 1781, p. 97), and Longman, Lukey, & Broderip's Bride's Favourite Collection of 200 Select Country Dances, Cotillons (London, 1776, p. 85). The tune takes its title from Richard Sheridan's successful parody The Critic, which premiered at London's Drury Lane Theatre on October 30, 1779. The main characters, Dangle, Sneer (both critics), and Puff (a self-inflated playwright), as well as other theater characters in the play, are said to have been modeled in part upon people with whom Sheridan had worked. 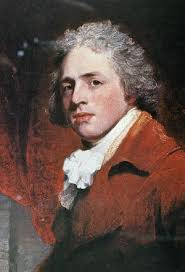 Back to Critic (The)