Back to General Lake's Waltz

GENERAL LAKE'S WALTZ. English, Waltz (3/8 time). C Major. Standard tuning (fiddle). AABB. General Gerard Lake [1], 1st Viscount Lake (1744-1808) commanded British forces during the Irish Rebellion of 1798 and later served as Commander-in-Chief of the military in British India. It was Lake who commanded both the forces that were routed by the French and Irish in the Battle of Castlebar, and who later redeemed himself by defeating them at the Battle of Ballinamuck in September, 1798. He was transferred to India in 1801, where, for the next six years he won battle after battle against the French and various Indian leaders. In 1807 he was created Viscount Lake of Delhi and Laswary and of Aston Clinton in the County of Buckingham. 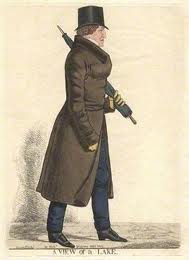 There is also a "General Lake's March" in William Rolfe's The Naval & Military Gentleman's Complete Musical-Compendium (London, 1800), in honor of the same individual.

Back to General Lake's Waltz