Find traditional instrumental music
This is the stable version, checked on 27 November 2019.
Jump to: navigation, search

Back to Happy Jack 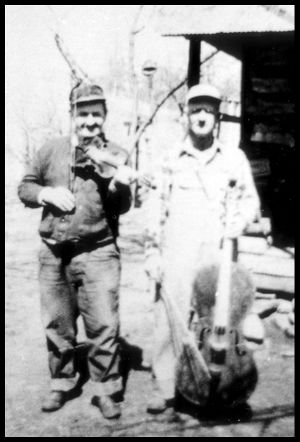 HAPPY JACK. American, Reel (cut time). USA; Arkansas, Missouri. C Major. The title appears in a list of traditional Ozarks Mountains fiddle tunes compiled by musicologist/folklorist Vance Randolph, published in 1954. It is on Missouri fiddler Charlie Walden's list of '100 essential Missouri fiddle tunes'. Howard Marshall informs that the tune is associated with and was popularized in Central Missouri by The Fiddlin' Sheriff, George Morris, of Columbia, Missouri. He used this as the theme song for his live radio show over KFRU-AM (Columbia) in the 40s and early 50s." Apparently Morris was never a sheriff, despite his moniker, however he was a very influential fiddler in his region of the state in the mid-20th century and influenced many key players such as Pete McMahan (1918-2000), Taylor McBaine (1901-1994) and Jake Hockemeyer (1919-1995). McMahan says he learned the tune from an influential mid-east Missouri dance fiddler named Clark Atterbury.

Back to Happy Jack