Find traditional instrumental music
This is the stable version, checked on 1 May 2021.
Jump to: navigation, search

Back to Lady MacKenzie of Coul 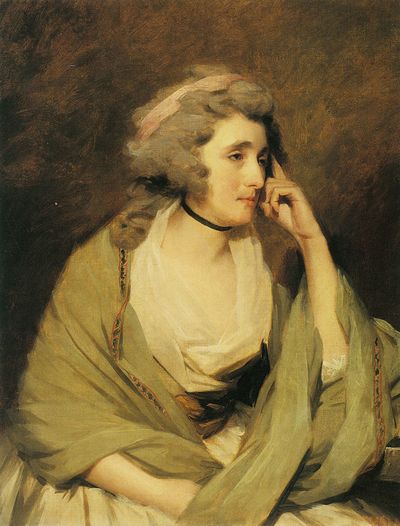 Katherine Ramsay, Lady McKenzie of Coul, by Henry Raeburn (1756-1823). Compare with Danloup's portrait to note Raeburn's talent for portraying subjects in their most positive aspect. She sat for Raeburn in 1791, a few years prior sitting for Danloup.
LADY MACKENZIE OF COUL. AKA - "Lady McKenzie of Coul." Scottish, Strathspey (whole time). D Major (Martin): C Major (Kerr, Lowe, Surenne). Standard tuning (fiddle). AAB. The strathspey was published in Edinburgh on a small folio of five tunes in 1803 by music publishers Gow & Shepherd, and was later included in Nathaniel Gow's (1763-1831) The Beauties of Niel Gow, with the note: "Lady Mackenzie of Coul's strathspey and Delvine House, a favorite medley danced at the Queen's assembly in Geo: Street rooms the 18th Janry. 1803." 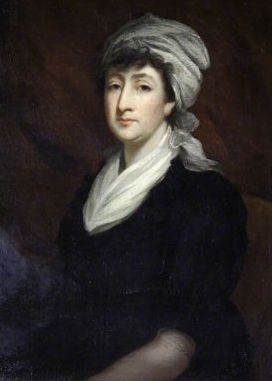 Lady MacKenzie was the daughter of Robert Ramsay of Camno, and wife of Sir Alexander MacKenzie, 6th Baronet of Coul, whom she married in 1778. Sir Alexander gained the rank of Major-General in the Bengal Army, and was Provisional Commander-in-Chief of the Bengal between 1790 and 1792. Coul House is in Contin, approximately 6.5 km south-west of Strathpeffer, Ross and Cromarty, Highland, Scotland, and was the seat of the MacKenzies of Coul.

Back to Lady MacKenzie of Coul