Back to London Highland Society (The) 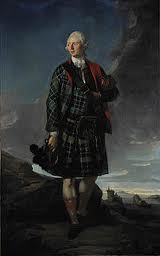 MacDonald was easy and familiar with London society as he was schooled at Eton, and served with the Grenedier Guards. The London Highland Society was organized in 1778 to promoted Gaelic culture and advance to advance political considerations. They held annual meetings in which Gaelic poetry and bagpipe music was featured. The Act of Proscription (imposed following Culloden), which had been campaigned for vigorously by the society was repealed in 1782 and allowed civilian men to wear kilts and the tartan again. The Disannexing Act of 1784 returned some of the old Jacobite families their traditional estates.

Back to London Highland Society (The)