LORD ELCHO. Scottish, Reel. G Major. Standard tuning (fiddle). AAB. Composed by Robert Mackintosh in honor of David Wemyss [1], 6th Earl of Wemyss, Lord Elcho (1721-1787). The Lords Elcho were the Wemyss family, whose historic family seat was Elcho Castle, the property held by them since 1468. However, David was implicated in the Jacobite rising of Prince Charles Edward Stuart 1745, having raised the elite 'Elcho's Horse,' a troop of Horse Guards that supported the Prince. He was promoted to the rank of Colonel and served Bonny Prince Charlie through his short-lived invasion of England and subsequent defeat at the Battle of Culloden. As a result he fled to France and was attainted, the family estates going to his younger brother James. Elcho lived on in exile in France and Italy, married briefly but produced no heir. He died in Paris in 1787. His great-nephew, Francis Charteris-Wemyss-Douglas (1771-1853) eventually managed to recover the Earldom of Wemyss in 1826. 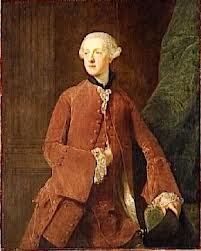 Lord Elcho produced a narrative that covers the Jacobite adventure, as well as a later journal in French (the latter remains in the Wemyss family and is located at Wemyss Castle). The manuscripts reveal his bitterness at his exile and his disillusionment with the cause he had fought for. He also appears to have come to heartily dislike Charles Stuart. Apparently, Wemyss also had disdain for all Irishmen, most Englishmen, and not a few Scots.