LORD GLENCAIRN'S QUICK STEP W.F.R. English, Scottish; March (2/4 time). D Major. Standard tuning (fiddle). AABB. Lord Glencairn in this case refers to James Cunningham, who became the fourteenth Earl of Glencairn in 1775, upon the death of his father. He was abroad at the time, on a tour of Scandinavia. In 1778 he was a captain in the West Fencible Regiment (the "W.F.R" in the title of Aird's march), and in 1780 he was chosen as one of sixteen Scottish representative peers. Glencairn sold the ancient family estate of Kilmaurs to the Marchioness of Titchfield in 1786. James died, unmarried, in 1791 of consumption (tuberculosis) at age 42 soon after his return trip from a trip to Lisbon, Portugal, where he had wintered for his health. He is buried in a church in Falmouth England. 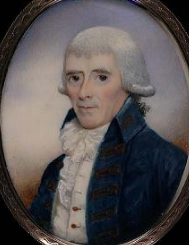 Lord Glencairn is remembered as the fried and patron of the poet Robert Burns, who aided him in his publication of the second edition of his Poems.