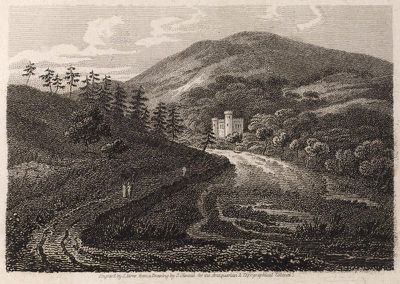 The couple had two boys and a girl, also named Margaret. The melody may have been a later addition (as were a few other tunes in the 2nd edition of the Fourth Collection), and perhaps Gow composed the tune for the child Margaret, who would have been aged 10 at the time of the opening of her parent's grand new home. Another possibility is that “Miss Drummond of Drumtochty” refers to George’s sister, Henrietta-Martha (b. 1781), who would have been aged 19 in 1800, the date of the publication of the first edition of the Fourth Collection. She married in 1803 Vice-Admiral Sir Charles Hamilton, Bart. 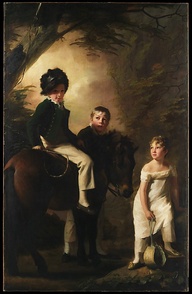 The Drummond Childern by Sir Henry Raeburn. George (on horse), Margaret, and a foster brother.