Back to Old King Cole[edit]

OLD KING COLE. English, Air (4/4 time). C Minor (Chappell): D Minor (Scott). Standard tuning (fiddle). AB (Chappell): AAB (Scott). The air appears in John Gay's [1] (1685-1732) burlesque Achilles (1733), which poked fun at the neo-classical tragedies of the time. The two-act opera went over the audiences heads and subsequently failed artistically and financially (although it ran for nineteen performances at the Theatre-Royal, Covent Garden); it tells a comic version of Achilles's life on Scyros while dressed as a woman, and was Gay's third ballad opera. It was performed posthumously, for Gay died soon after it was written after losing his fortune in a financial scandal called the South Sea Bubble. 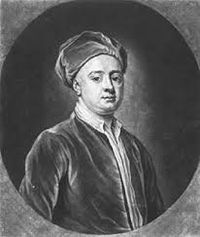 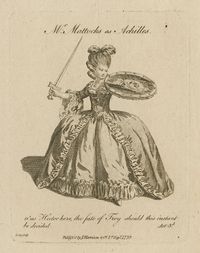 Chappell (1859) explores the origin of the name 'Old King Cole', and finds it generally lost to antiquity, though other researchers have found evidence that Cole was a Romano-British warlord who set up a kingdom in Northumberland, in northernmost England, just after the Romans deserted Britain. Chappell mentions an obscure legend of one Cole, a cloth maker, but could not establish a link to the ballad/nursery fame. Elizabethan dramatists sometimes alluded to an "Old Cole" in their plays indicating there was a conventional meaning or joke extent at the time, but there is a possibility that the term could reference Ben Jonson.

No more be Coy, give a loose to Joy
And let Love for thy pardon sue.
A glance could all my rage destroy
And light up my Flame anew.

Back to Old King Cole[edit]