Back to Poet Carney (The)[edit]

POET CARNEY, THE. Irish, Reel. D Major. Standard tuning (fiddle). AABB. The melody was composed by Derry fiddler and stepdancer Eugene O’Donnell [1], who spent many years in Philadelphia, Pa., arriving in 1957. He returned to Derry to live in 1995. "The Poet Carney" was named for a friend. 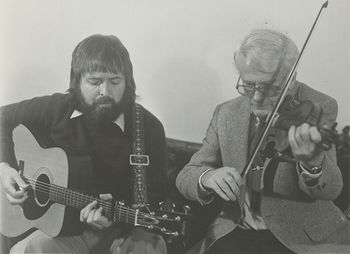 Back to Poet Carney (The)[edit]