POLLY PEACHUM’S HORNPIPE. English, Old Hornpipe (3/2 time). G Minor. Standard tuning (fiddle). AB. The tune appears in Walsh’s third volume of Lancashire tunes, called Lancashire Jigs, Hornpipes, Joaks, etc. published around the year 1730. Polly Peachum is a character in John Gay's The Beggar's Opera (1728), a very popular ballad opera. She is the wife of one of the main characters, the highwayman Captain Macheath, and is lovestruck, naive and self-obsessed. She is, however, devoted to Macheath. The role was first played by Lavinia Fenton, who inhabited the role so successfully that Londoners identified her as Polly on and offstage. After her last appearance as Polly in April, 1728, she ran away with her lover, Charles Powlett, 3rd Duke of Bolton, and became his long-term mistress, bearing him a number of children. When the Duke's wife died in 1751, he married Lavinia and she became the Duchess of Bolton. Surviving her husband, she died at Westcombe House, Greenwich, in 1760. 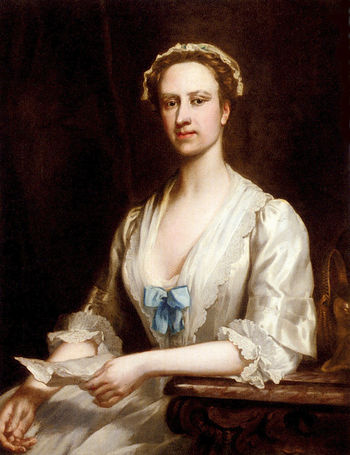