Find traditional instrumental music
This is the stable version, checked on 10 September 2019.
Jump to: navigation, search

PRINCE WILLIAM HENRY'S BIRTH DAY. English, Country Dance Tune and Jig (6/8 time). F Major. Standard tuning (fiddle). AABB. Prince William Henry [1] (1743–1805) was the son of Frederick, Prince of Wales, eldest son of George II and Caroline of Ansbach. His birthday was November 25th, at which time the flag was flown at the flagpole at military bases in his honor, as it was for other members of the Royal family. 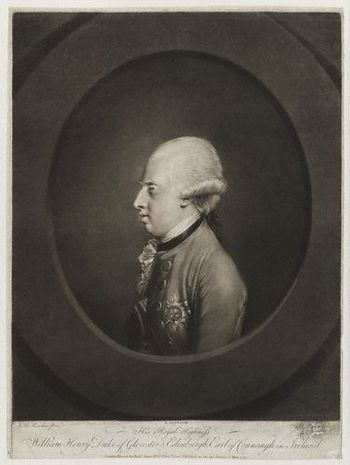