RECRUITING OFFICER, THE. AKA – “Miss Williamson of Oldfield's Jigg.” English, Jig. D Major. Standard tuning (fiddle). AABB. The Recruiting Officer [1] (1706) is the name of a famous comedy by George Farquhar [2] (1678-1708), popular throughout the 18th century and still occasionally staged today. The air “The Recruiting Officer” was employed in ballad operas, such as Henry Potter’s The Decoy (1733). A country dance version was published by John Young in his 1st edition of the Second Volume of the Dancing Master (London, 1713), and again in Dancing Master editions of 1714, 1718 and the last (18th), in 1728. The Walshes, rival London publishers, also included it in several of their publications, including The Second Book of the Compleat Country Dancing Master (1719, and later editions of 1735 and 1749), and The New Country Dancing Master, 2nd Book (London, 1710), where it (perhaps the country dance only) is attributed to dancing master Nathaniel Kynaston (1683-1757) where it appears in his Twenty Four New Country Dances for the year l710 by Mr. Kynaston.' Although very little is known about him, Kynaston appears to have been active from 1705 to about 1722 in the Shropshire/Wales border area. Walsh published some 120 of Kynaston’s tunes and dances over several publications. The Selattyn parish register in Shropshire records that a “Nathanial Kynaston, gent., & Mrs. Elizabeth Davies, both of Oswestry” married on August 25th, 1719—although whether this was the dancing master is unknown. Kynaston appears to have been a not uncommon name in Shropshire, and the family includes Sir Humphrey Kynaston, a notorious 16th century highwayman and Robin Hood figure, who preyed on the wool merchants of Shrewsbury. It also appears in the 1772 music copybook of Joseph Maria Garcia (Chalco, Mexico), which contains some 300 melodies, 76 of which have accompanying country dances. 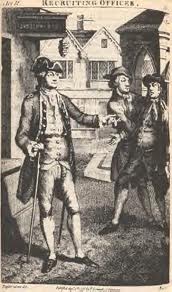 The Recruiting Officer. William Smith as Plume at Drury Lane, 1776.