Back to Rothsay and Caithness Fencibles

ROTHSAY AND CAITHNESS FENCIBLES. Scottish, March (2/4 time). D Major. Standard tuning (fiddle). AABB. One of numerous marches in the Aird collections that honor Fencible units, which were raised for home defense during the wars with France in the last decade of the 18th and first decade of the 19th century. The Fencibles allowed regular troops to be released from garrison duty on home soil for service overseas. The Rothsay and Caithness Fencibles were raised in 1794 by Sir John Sinclair of Ulster, with a second battalion raised the next year. The unit saw service in Ireland, with exemplary reports, and several hundred men and junior officers were eventually absorbed into regular Highland regiments (largely the 79th and 92nd). Both battalions were disbanded in 1802. 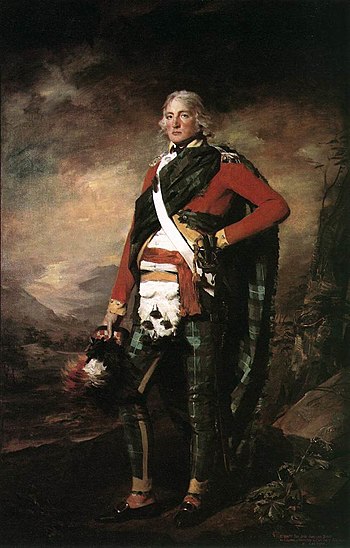 Sir John Sinclair, 1794, in the uniform of the Rothsay and Caithness Fencibles

Back to Rothsay and Caithness Fencibles