Skunk in the Collard Patch

Back to Skunk in the Collard Patch 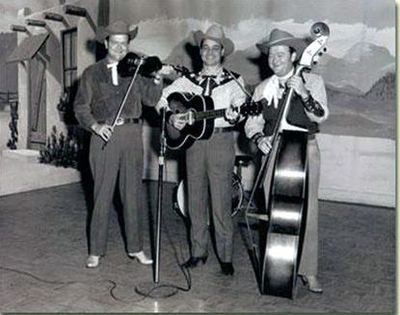 SKUNK IN THE COLLARD PATCH. American, Reel (cut time). G Major. Standard tuning (fiddle). AABB. "Skunk in the Collard Patch" is from the playing of fiddler Earl Phelps with the group Norman Phelps' Virginia Rounders, who recorded the reel in New York in 1936 for Decca Records. The Rounders were a brothers band hailing from South Norfolk (near Chesapeake), eastern Virginia, consisting of Norman (d. 1981) on drums, Willie (1914-2004) on guitar and Earl (1916-1971) on fiddle, along with Ken Card on banjo and William Lloyd Stubbier on double bass. The brothers sang in close harmony (Earl sang the tenor solos), and had an eclectic repertoire that included dixieland, country songs, comedy, gospel and blues as well as breakdowns. They relocated to New York, and broadcast on the radio (WHN Barn Dance) and, after becoming friendly with country music star Tex Ritter, they appeared with him in several Hollywood B-Western movies and shorts for RKO and Paramount studios. In 1940, the movies having run their course, they returning home to South Norfolk where they built a combination recording studio, dancehall and nightclub they called Fernwood Farms, and where they continued to perform on radio and television and in concerts for many years, and also continued to write songs.

Back to Skunk in the Collard Patch