Find traditional instrumental music
This is the stable version, checked on 28 May 2020.
Jump to: navigation, search

Back to Sultan Polka 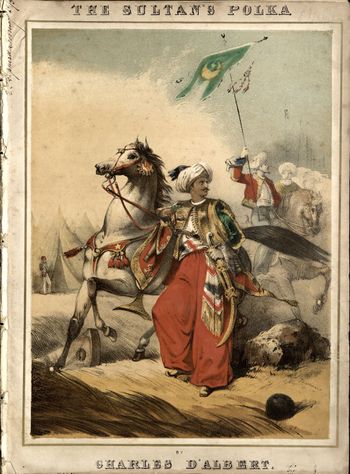 SULTAN POLKA. AKA - "Sultan's Polka (The)." English, Polka (whole time). G Major. Standard tuning (fiddle). AABB. The melody was composed around 1860 by Charles Louis Napoléon d'Albert (1809-1886), a composer of popular and light classical music, as "The Sultan's Polka." It proved hugely popular in the aftermath of the Crimean War and was issued through the remainder of the century. D'Albert emigrated from France with his mother in 1816 and studied for a time with the eminent church composer Samuel Sebastian Wesley, but soon abandoned religious music for secular music. His early fame came as dancing master at the King’s Theatre and Covent Garden, although he eventually settled in Newcastle-on-Tyne and returned to London only during the latter part of his life. Enormously prolific, but blessed with a degree of compositional ability, taste and ingenuity, his most popular original pieces included the "Sultan’s Polka" and the "Edinburgh Quadrille." He also translated many of Gilbert and Sullivan's operatic pieces for the ball room. 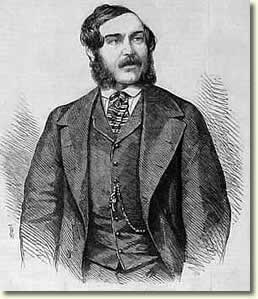 In 1866, during the Canadian gold-rush, Robert Burrell grumbled in a letter that the music from Bakerville’s Hurdie house across the street was disturbing his sleep. He mentioned four of the songs that were ringing in his ears: "Silver Lakes Varsovianna,” "King of the Cannibal Islands,” "Sultan Polka" & "Edinburgh Quadrille (The).”

Back to Sultan Polka