Women's dance in the Ombres Chinoises

Back to Women's dance in the Ombres Chinoises 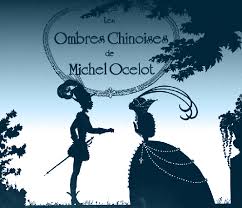 Ombres chinoises, (French: “Chinese shadows”), European version of the Chinese shadow-puppet show, introduced in Europe in the mid-18th century by returning travelers. Soon adopted by French and English showmen, the form gained prominence in the shows of the French puppeteer Dominique Séraphin, who presented the first popular ombres chinoises in Paris in 1776. In 1781 he moved his show to Versailles, where he entertained the French court, and three years later he established a highly successful puppet theatre in Paris.

Using silhouettes cast by solid cardboard figures instead of the coloured transparencies popular in China, the ombres chinoises usually featured short, amusing fables such as The Broken Bridge, a dialogue in song between a farmer and a gentleman. Although most shadow theatres had closed by the 1860s, ombres chinoises were played in London until the end of the 19th century.

See notes for "Vento's Farewell" and "Kilkenny Girl (The)" for more.

Back to Women's dance in the Ombres Chinoises