Find traditional instrumental music
(Redirected from Doune of Invernoughty (The))

DOUNE OF INVERNOUGHTY, THE. Scottish, Reel (cut time). E Dorian. Standard tuning (fiddle). AAB. The Doune of Invernoughty [1] (or Invernochty) lies on the north bank of the River Don near the village of Strathdon. The name is a corruption of the Gaelic Dùn Inbhir Nochdaidh which means the "Fort of Invernochty (confluence of River Nochty)." It is a fortified earthwork stronghold associated with the Earls of Mar, and features an impressive motte that dates to the late 12th and early 13th centuries. It is considered today on the finest earthwork castles surviving in Scotland. The melody has some currency among Cape Breton fiddlers. 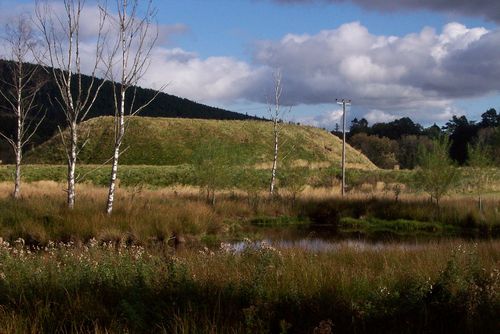 The reel was composed by Alexander Walker, born in Rhynie, Strathbogie, Aberdeenshire in 1819. Walker was an inventor (of surveying instruments, for example), agriculturalist, fiddler and composer of works collected in a volume published in Aberdeen in 1866. He was employed as a gardener for Sir Charles Forbes at Castle Newe, who was also his patron. While in Scotland he took a wife, Jean (11 years his junior), and at age 40 became father of a daughter, Maggie, followed by three sons (Charles, Alexander and George—Charles perhaps named after Sir Charles Forbes), After the American Civil War, probably around 1870, Walker emigrated to the United States, and settled near Williamstown, Massachusetts, where family (parents) had previously settled, and established a prosperous farm of his own. He and Jean had a daughter in America, Jeosie, born in New York in 1872. In the 1880 census for Williamstown his occupation is listed as a “surveyor and gardener,” while Jean “kept house” and “farmed”. Alexander also continued to compose music (according to Paul Cranford, who has found evidence he mailed compositions home to Aberdeenshire) although his American output is now lost. He is recorded as having helped survey areas of Williamstown in 1892 (at age 73), where it was noted that he was “a Scotch surveyor of some attainments and reputation”, and he lived to see the 20th century. This passage (from Arthur Latham Perry's Origins in Williamstown: A History, 1894, p. 28 ) is thought to refer to him: