This is the stable version, checked on 6 July 2021.
Jump to: navigation, search

Back to Danseuse (La) 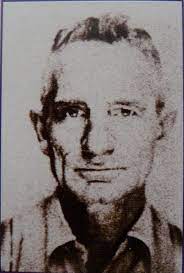 Delma Lachney [My Old Weird America https://oldweirdamerica.wordpress.com/2009/12/14/31-la-danseuse-by-delma-lachney-blind-uncle-gaspard/].
DANSEUSE, LA (The Dancer Girl). Cajun, Two-Step (Smith calls it a "Fox-Trot"). USA, Louisianna. F Major. Standard tuning (fiddle). ABB'. "La Danseuse" was recorded in 1929 by guitarist and singer Alcide Blind Uncle Gaspard (1878-1937) of Avoyelles Parish and fiddler (Adelma) Delma Lachney (1896-1949), from nearby Marksville, central Louisiana. The two travelled to a frigid Chicago in January, 1929, sponsored by a Marksville furniture and record store owner, and recorded ten sides for Brunswick Records (there was another recording date in New Orleans, about a month later). Several of the sides were of Gaspard singing and playing, without Lachney, and it is unclear if they had played together for very long before the trip. Altogether, very little is known about the musicians, whose record sold poorly and is quite rare. Lachney was a farmer for most of his life, and was a left-handed fiddler who played for house parties and social gatherings with friends and family members. He was a member of various local bands, playing country music and fiddle tunes along with his Cajun repertory into the mid-1940's. It is possible "La Danseuse" is his composition.

Harry Smith (Folkways FA2952, 1952) attempts to contextualize the recording in his anthology:

The distinctiveness of the Arcadian[1] violin-guitar combination is immediately noticeable, for not only is the melody itself of a type rather foreign to the Anglo-American pattern, but the steady and regular unison rhythm (as opposed to the slightly contrapuntal relationships (on Appalachian tunes) is very typical of Louisiana. Taylor Grigg's Louisiana Melody Makers (Victor 1928-1930) were a contemporary string group with a highly perfected rhythm of this sort, and very pure examples can be found among recordings made in New Orleans within the last ten years. The distinctive regional playing of the Texas and Oklahoma string bands (Light Crust Dough Boys, Bob Wills, Bill Boyd, Jimmy Revard, etc.) during the depression and until World War II, developed as an off-shoot from Louisiana about 1920, possibly when oil workers from there went to Texas.


Back to Danseuse (La)