Find traditional instrumental music
This is the stable version, checked on 14 February 2022.
Jump to: navigation, search

MURILLO'S LESSON. AKA - "Marilla's Lesson," "Morella's Lesson," "Morelli's Lesson." American; March, Hymn Tune and Air. USA, Alabama. C Major: G Major (Nixon, Robinson). Standard tuning (fiddle). AABB. The melody can be found in a number of early 19th century American instrumental tutors, where it seems to have been a staple of the fife repertoire, and in period march collections. It appears as early as the Thomas Nixon fife manuscript (as "Morelli's Lesson"), dated c. 1776-78, from the period of the War of American Independence, although it may have been entered at a later date, as no other 18th century ms. appearances of the tune have been found). Thomas Nixon Jr. [1] (1762-1842), of Framingham, Connecticut, was a thirteen-year-old who accompanied his father to the battles of Lexington and Concord, and who served in the Continental army in engagements in and around New York until 1780, after which he returned home to build a house in Framingham. The copybook appears to have started by another musician, Joseph Long, and to have come into Nixon’s possession.

It can also be found adapted for use in a Sacred Harp (shape-note) hymnal, where the indicated tune was "Morelli," or "Lesson by Morelli." It was a favorite tune of Uncle William Johnson of Alabama's Johnson Family Band. It was also mentioned in newspaper articles about Tom Freeman of Cullman County, Alabama, and in his autobiography. It was adapted by fiddlers, particularly from Alabama and contiguous states, as an air or march. See also note for "Once upon My Cheek."

The song called "Murillo's Lesson" can be found in the 1844 Sacred Harp and the 1848 Sacred Melodeon, 'fa-so-la' hymnals. Lyrics were derived in part from a poem entitled "Columbia" (AKA "Star of Columbia") by Timothy Dwight (1752-1817), printed in 1794. Dwight was one of the “Hartford Wits,” a group of Connecticut men associated with literary work during and after the American Revolution. He would go on to become president of Yale College, but was a young man when he wrote his lyric “Columbia” in 1778, when he was a chaplain in for George Washington’s Continental Army. The words to "Murillo's Lesson" go: 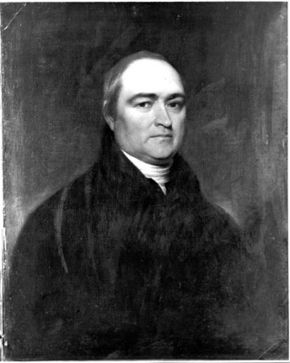 As down a lone valley with cedars o'erspread,
From war's dread confusion I pensively strayed,
The gloom from the face of fair heaven retired,
The winds hushed their murmurs, the thunders expired.
Perfumes as of Eden flowed sweetly along,
A voice as of angels enchantingly sung,
Columbia, Columbia to glory arise,
The queen of the world and the child of the skies.

Fair science her gate to thy sons shall unbar,
And the east see thy morn hide the beams of her star.
New bards and new sages unrivalled shall soar
To fame unextinguished when time is no more.
To Thee the last refuge of virtue designed,
Shall fly from all nations the best of mankind;
There grateful to heaven with transport shall bring

The first strain is shared with "Colosseum (The)," "Harlequin Hornpipe (4)" and "Harlequin Gambols." The strain is sometimes compared with the first strain of "Bonaparte Crossing the Rhine (2)," which, while generally having a similar melodic contour, is very different in its harmonic underpinning, as well as being in different modes (major vs. minor).

See also listing at :
Jane Keefer's Folk Music Index: An Index to Recorded Sources [2]
See/hear the shape-note version of the song on youtube.com [3]
See/hear Jim and Joyce Cauthen play the tune on youtube.com [4]