Back to Sadler's Balloon

SADLER'S BALLOON. AKA and see "Biddy the Darling," "Green Cockade (1) (The)," "Rolling off a Log (2)." The melody appears in Twenty-Four Country Dances for the Year 1812, and Riley’s Flute Melodies, vol. 3 (New York, 1820, p. 31), as well as in 19th century musicians' manuscript collections from North East England. The title likely refers to James Sadler who is generally credited with the first successful English balloon ascension in October, 1784, and thus the tune may be a late 18th century composition (although Sadler continued to demonstrate his balloon well into the next century). Sadler’s feat was preceded by others, including the Montgolfier brothers, who launched a balloon on the Continent in September, 1783, which conveyed a sheep, duck, and rooster in a hot-air balloon in a demonstration for King Louis XVI of France. He was even preceded in England by a few weeks by a Tuscan named Vincenzo Lunardi, although the Englishman Sadler got the credit.

A humorous piece on one of Sadler’s later balloon ascents was published in 1842 in a volume called The Newcastle Song Book; or, Tyne-Side Songster (p. 42), in the dialect of the district:

BOB CRANKY'S ACCOUNT of the Ascent of Mr. Sadler's Balloon, from Newcastle, Sept. 1, 1815. 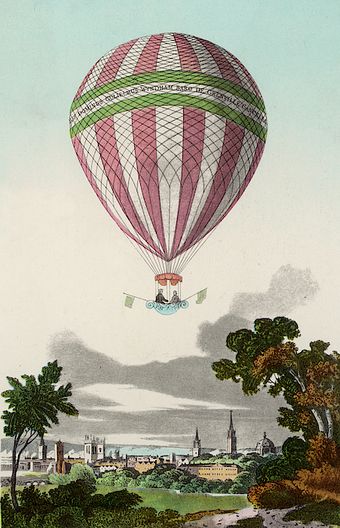 Ho'way, a' me marrows, big, little, and drest,
The first of a' seets may be seen;
It's the Balloon, man, see greet! aye, faiks! it's ne jest,
Tho' it seems, a' the warld, like a dream.
Aw read iv the papers, by gocks! aw remember,
It's to flee without wings i' the air,
On this varry Friday, the furst of September,
Be it cloudy, wet weather, or fair.
And a man, mun, there means, in this varry Balloon,
Above, 'mang the stars to fly,
And to haud a converse wi' the man i' the moon,
And cockwebs to soop frae the sky.
So we started frae hyem by eight i' the morn,
Byeth faither and mother and son,
But fand a' wor neighbours had started before,
To get in good time for the fun.
The lanes were a' crouded, some riding, some walking,
Aw ne'er see'd the like iv my life;
'Twas bedlam broke oot, aw thowt by their talking,
Every bairn, lad, lass, and the wife.
The folks at the winders a' jeer'd as we past,
An' thowt' a' wor numbers surprisin;
They star'd and they glower'd, and axed in jest,
Are all of ye pitmen a rising?
Aw fand, at the toon, te, the shops a' shut up,
And the streets wi' folks were sae flocken;
The walls wi' Balloon papers sae closely clagg'd up,
Be cavers! it luckt like a hoppen.
A fellow was turnin it a' into a joke,
Another was a' the folks hummin,
While a third said, it was a bag full o' smoke,
That ower wor heeds was a cummin.
To the furst o' these cheps, says aw, Nyen o' yur fun,
Or aw'll lay thee at length on the styens,
Or thy teeth aw'll beat oot, as sure as a gun,
And mevies aw'll chowk ye wi' byens.
To the beak o' the second aw held up me fist,
D—mn! aw'll bray ye as black as a craw,
Aw'll knock oot yur e'e, if aw don't aw'll be kist,
An' mump a' the slack o' yur jaw.
Aw pat them to reets, an' onward aw steer'd,
An' wonder'd the folks aw had see'd,
But a' was palaver that ever aw heurd,
So aw walk'd on as other folk did.
At last aw gat up on the top o' sum sheds,
Biv the help of an au'd crazy lether;
An' ower the tops o' ten thousand folks' heads,
Aw suen gat a gliff o' the blether.
D—mn, a blether aw call it! by gocks, aw am reet,
For o' silk dipt iv leadeater melted
It's myed of, an' Lord! what a wonderful seet,
When the gun tell'd that it was filated.
'Twas just like the boiler at wor Bella Pit,
O'er which were a great cabbage net,
Which fasten'd, by a parcel of strings sae fit,
A corf for the mannie to sit.
As aw sat at me ease aw cud hear a' the folk
Gie their notions about the Balloon;
Aw thowt aw shud brust when aw heurd their strange talk,
Aboot the man's gaun to the moon.
Says yen, iv a whisper, Aw think aw hev heurd
He is carryin a letter to Bonny,
That's ower the sea to flee like a burd;
The thowt, by my jinkers! was funny.
A chep wiv a fyece like a poor country bumpkin,
Sed he heurd, but may hap tisent true,
That the thing whilk they saw was a great silken pumpkin
By me eye, what a lilly-ba-loo!
Another said, Sadler (for that is the nyem
O' the man) may pay dear for his frolic,
When he's up iv the clouds (a stree for his fame!)
His guts may have twangs of the cholic.
The man a' this time the great blether was filling,
Wiv stuff that wad myed a dog sick,
It smelt just as though they were garvage distilling,
Till at length it was full as a tick.
They next strain'd the ropes to keep the thing steady,
Put colley and drams iv the boat;
Then crack went the cannon, to say it was ready,
An' aw see'd the blether afloat.
Not a word was there heurd, a' eyes were a starin,
For the off ganen moment was near:
To see sic a crowd se whisht was amazen,
Aw thowt aw fand palish and queer.
After waitin a wee, aw see'd him come to, Shaken hands, as aw thowt, wiv his friend;
Of his mountin the corf aw had a full view,
As he sat his ways down at the end.
The ropes were then cut, and upwards he went,
A wavin his flag i' the air;
Ev'ry heed was turn'd up, and a' eye's wur intent
On this comical new flying chair:
It went it's ways up like a lavrick sae hee,
Till it luckt 'bout the size of a skyate;
When in tiv a cloud it was lost t' the e'e,
Aw wisht the man better i' fate.

A version of the jig also appears in Bayard (Dance to the Fiddle, 1981, No. 467, p. 444) as an untitled fife march. In Ireland the tune is played as a slide under the titles "Biddy the Darling", "Martin Wynne's" and "Rosie Finn's Favourite."

Back to Sadler's Balloon