Back to Scone Palace

SCONE PALACE. Scottish, Reel. F Sharp Minor. Standard tuning (fiddle). AABB'. Composed by Aberdeenshire fiddler-composer Alexander Walker. Scone, parish of Scone, Perth and Kinross, lies not far from the city of Perth, Scotland. Kenneth MacAlpin made Scone the capitol of his kingdom of Alba around the year 843 when he united the Picts and Scots. Scone Palace was built on the ruins of the old Abbey and Bishop’s Palace destroyed during the time of the Reformation (1559) and had housed and the Stone of Destiny on which the Scottish kings were crowned since Kenneth I. Since 1606 the palace has been the family home of the earls of Mansfield. within the parish of Scone, Scotland. The Palace has thus been home to the Earls of Mansfield for over 400 years. James, the Old Pretender, established his court there in 1716, and Bonnie Prince Charlie slept there in 1745. 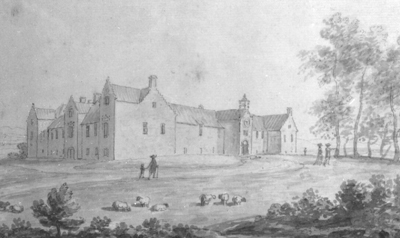 Back to Scone Palace