Back to Wrecker's Daughter 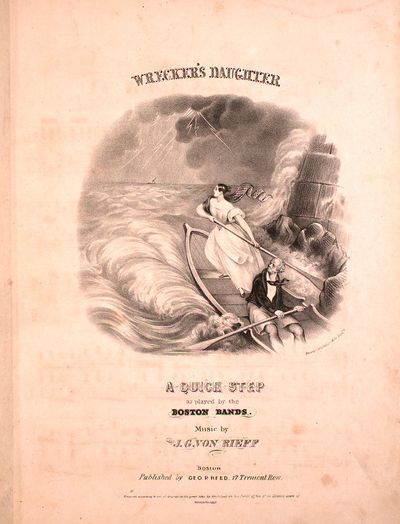 The piece commemorates a 23 year woman, Grace Darling [1], who rescued nine people from the wreck of SS Forfarshire, which sank near the Farne Islands off the coast of Northumberland in 1831. It was was the inspiration for musical pieces, prose works and stage plays, as well as songs, and was popular with mid-19th century brass bands (particularly as a solo by keyed bugle players). Sheridan Knowles wrote a play called The Wreckers's Daughter, staged at Drury Lane in 1836.

Back to Wrecker's Daughter