This is the stable version, checked on 11 June 2019.
Jump to: navigation, search

C.K. SHARPE ESQ. FAVOURITE. Scottish, Air (6/8 time). G Major. Standard tuning (fiddle). ABCD. Nigel Gatherer found the tune in a manuscript letter in the possession of the Perth Library. It dates from 1834 and was written by a former employee of Nathaniel Gow, the famous musician, bandleader, composer and music publisher. The letterwriter was a musician who had either sustained a financial setback or was trying to raise money to publish some of his compositions or both. He evidently sent out letters to many potential patrons asking for "...any mark of favor from your charitable goodness to inable me to publish the Book...any small sum you may please to give for these airs will be gratefully received..." The letter in the library was written to Charles K. Sharpe and contained two tunes, airs named "C K Sharpe's Favourite" and "Miss Sharpe's Delight").

The title refers probably to Charles Kirkpatrick Sharpe [1] (1781-1851, antiquary and artist, who was the second son of Charles Sharpe of Hoddam, Dumfriesshire (for whom see "Mr. Sharpe's Delight." 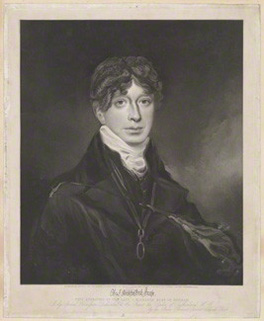