This is the stable version, checked on 6 August 2020.
Jump to: navigation, search

Back to Four Miles to Cumberland 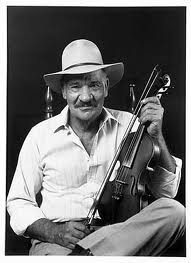 Tommy Hunter (N.C.) learned the tune from his grandfather, and it may be that Smith picked it up from Hunter's recording; the two performances are very similar. Smith's home in Wirt County, West Virginia is more than 300 miles from Madison County, North Carolina, and its unlikely Smith learned it from sources local to him.

Back to Four Miles to Cumberland