Find traditional instrumental music
This is the stable version, checked on 3 October 2019.
Jump to: navigation, search

ABOYNE CASTLE (1). Scottish, Slow Air (2/4 time). D Major. Standard tuning (fiddle). AAB. Composed by Aberdeenshire fiddler-composer Alexander Walker (b. 1819). Aboyne Castle [1] is the seat of the present-day Gordon clan (the home of the Marquis of Huntly), but has been a stronghold of the clan on the River Dee since the 13th century. Originally a motte and bailey castle, over time a stone keep was added, then a towerhouse in the 17th century, and finally was converted to a mansion in the 19th. 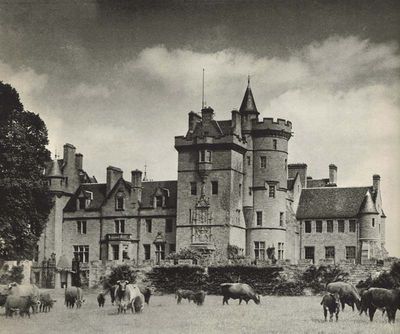