Back to Adieu to Fortgeorge[edit]

ADIEU TO FORTGEORGE. Scottish, March (cut time). D Major. Standard tuning (fiddle). AABBCCDD. There were two Fort Georges in Scotland, both named for Hanoverian monarchs. The first was near Inverness in the Scottish Highlands, built after the 1715 Jacobite uprising to help pacify the surrounding countryside. The second Fort George was a large mid-18th century fortress near Ardersier, to the north-east of Inverness, and, like its predecessor, it was built in the aftermath of the Jacobite rising of 1745. Fort George [1] has been in continuous use as a garrison. 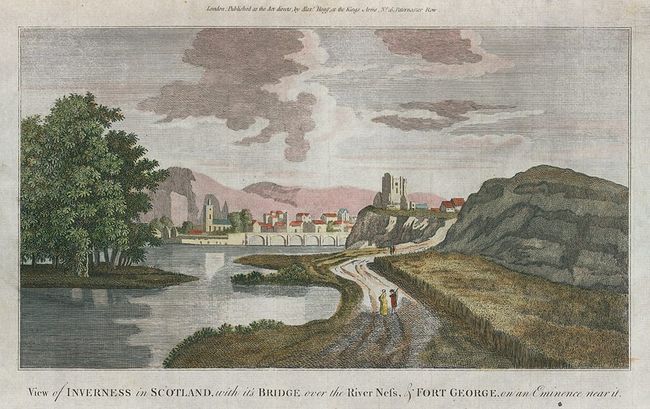 Inverness 1784, with Fort George on the height in the mid-ground.

Back to Adieu to Fortgeorge[edit]