Back to Admiral Vernon's March[edit] 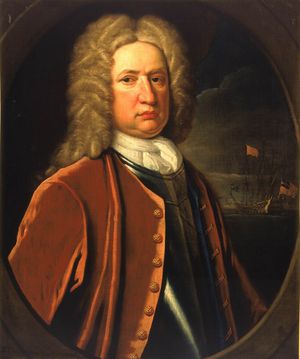 Admiral Edward "Old Grog" Vernon Admiral [1] (1684-1757) was an English naval hero, honored for the capture of Porto Bello (Panama) in 1739. He was also a three-time Member of Parliment, outspoken on naval affairs.

Back to Admiral Vernon's March[edit]