ALEXANDER RAMSAY ESQ. Scottish, Reel (cut time). G Major. Standard tuning (fiddle). AABB'. Composed by Aberdeenshire fiddler-composer Alexander Walker (b. 1819) for Alexander Ramsay (1822–1909) of Banff, editor of the Banffshire Journal for sixty-two years beginning in 1847. Walker contributed to the paper a short time in the middle of the 19th century. The Dictionary of National Biography, 1912 supplement, entry on Ramsay gives: 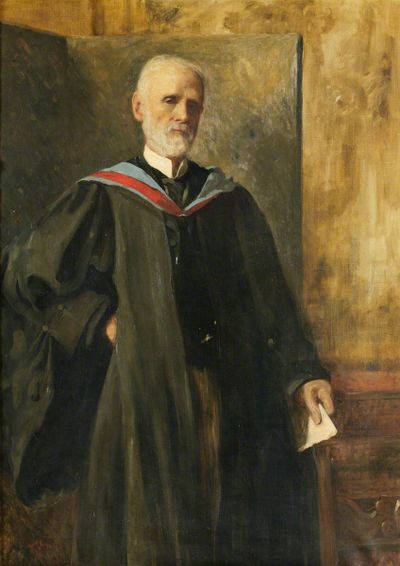 He greatyly raised the position of that newpaper, in which he gave pominence to the subject of the sea fisheries, and made a special feature of agriculture and the pure breeding of cattle. He was joint editor of vols. 2 (1872) and 3 (1875) of the Aberdeen-Angus Herd Book and sole editor of vols. 3 to 33 (1876-1905). Therein he performed a monumental work of a national kind, which was recognized in 1898 by a presentation from breeders of polled cattle throughout the United Kingdom and others; and later by the presentation of a cheque for 150l by membrs of the Herd Book Society. He was elected provost of Banff in 1894, and next year received the hon. degree of LL.D. from Aberdeen University. He was twice married. He died at Earlhill, Banff, on 1 April, 1909. A portrait, painted by Miss Evans, is in the possession of the family. Many of his contributions to the Banffshire Journal were reprinted as pamphlets. He also wrote a Life of Goldsmith, privately circulated; and a History of the Highland and Agricultural Society of Scotland, 1879.