Find traditional instrumental music
This is the stable version, checked on 3 July 2022.
Jump to: navigation, search

Back to Alexander Waltz (2) 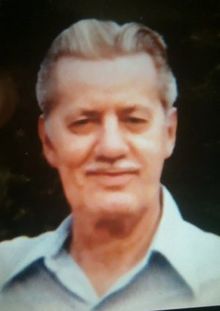 Warner Walton
ALEXANDER WALTZ [2]. American, Waltz (3/4 time). G Major. Standard tuning (fiddle). AB. This "Alexander's Waltz" was played by fiddler Warner Walton, Fleming County, northeast Kentucky. John Harrod obtained a reel-to-reel tape of Walton's playing c. 1970's from another local fiddler, Alfred Bailey. Harrod had previously heard about Walton and sought him out in his home in Maysville, hoping to record him in person. Walton, however, would have none of it and denied being able to play the fiddle, then or ever in his life. Harrod went away empty-handed that day, but several years later Walton gave permission for Bailey to pass on three reels of home recordings to the collector [1].

Back to Alexander Waltz (2)