Back to Anna Maria 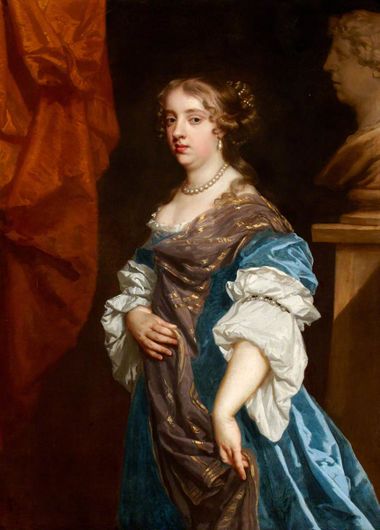 Lely, Peter; Lady Anna Maria Brudenell (1642-1702), Countess of Shrewsbury; National Trust, Cliveden; http://www.artuk.org/artworks/lady-anna-maria-brudenell-16421702-countess-of-shrewsbury-218171
ANNA MARIA. English, Country Dance Tune (3/2 time). B Flat Major. Standard tuning. AAB (Barlow): AABB (Barnes). The melody was first published in Henry Playford's Part II of the Dancing Master, 2nd edition (London, 1698). Graham Christian (writing in CDSS News, issue #185, July/August 2005) believes the title refers to Anna Talbot, Countess of Shrewsbury (née Lady Anna Maria Brudenell) (1642-1702), daughter of the 2nd Earl of Cardigan and a famous beauty. She married the 11th Earl of Shrewsbury in 1659, but was not out of her twenties when she engaged in an affair with the 2nd Duke of Buckingham, George Villers. Shrewsbury and Buckingham fought a duel over her, which ended with the former dying from wounds received. It was rumoured that Anna Maria watched the deadly affair, albeit in the disguise of a page, and held Buckingham's horse. She continued her liaison with Buckingham for another five years after Shrewsbury's death in 1668, but eventually broke it off after her son's trustees petitioned the House of Lords against her. Christian points out this was probably less due to family honor than to the likelihood of her eating away at the family funds. After a short-lived retreat to a Paris convent, Anna Maria returned to England and married a George Rodney Bridges of Somerset in 1677.

Back to Anna Maria