Around the World for Sport (4)

Find traditional instrumental music
This is the stable version, checked on 27 September 2021.
Jump to: navigation, search

Back to Around the World for Sport (4)

(A)ROUND THE WORLD FOR SPORT [4]. AKA and see "Coughing Old Man (The)," "Diversion Everywhere (2)." Irish, Jig (6/8 time). G Major. Standard tuning (fiddle). AB. The title takes its name from the adventures of Irish rake and politician Thomas "Buck" Whaley (1765-1800), whose penchant for gambling not only lost him his inheritance and large sums of money, but made for a number of hurried relocations when he was unable to pay his gambling debts. He was born to an Irish Protestant landowner and sometime Member of Parliament, who died when Thomas was a teenager. As he could not inherit until he was eighteen, he was sent on the Grand Tour to the Continent, but the sums given him eventually proved to meager for the undertaking leading to his first hasty escape when his cheque to cover a huge gambling debt (accrued in one night) was not accepted. Back in Ireland, Whaley, still a teenager, was elected to the Irish House of Commons for a locale in County Dublin. 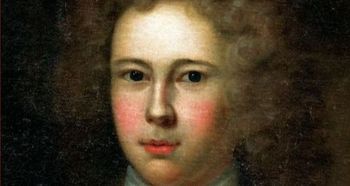 Thomas "Buck" Whaley.
It was a gambling age. Gentlemen frequented gambling establishments and made private wagers for all sorts of things. While dining with William Fitzgerald, Duke of Leinster, young Whaley responded to flippantly to a question regarding his future travel plans, but mentioning Jerusalem. This engendered wagers totaling £15,000, or almost two million dollars in today's money, that Whaley could not travel to Jerusalem and return with proof of his visit within two years time. The thought was the journey would be too perilous for an individual to complete. It was an irresistible challenge to Whaley who embarked from Dublin in October, 1788, on the first leg of his journey, seen off by well-wishers including the famous Dublin madam, Mrs. Margaret Leeson. He found some companions along the way, and by December they made it to Constantinople, then part of the Ottoman empire, which loosely controlled Jerusalem. The ruler, Hasan Pasha, took a liking to him and gave him passes for the Holy Land, and in January, 1789, Whaley and his companions sailed for Acre. Thomas was by then aged 22, and still keen to complete his task, however, when they arrived at Acre they found the Holy Land controlled by Ahmed al-Jazzar, known as "The Butcher," the governor and de facto ruler of the region. He dismissed Pasha's guarantee of passage as worthless, but he too took a liking to Whaley and allowed him to continue to the Jerusalem. Whaley set foot in the city in February of 1790 and stayed with the Franciscans at the Convent of Terra Sancta, where the superior gave him a certificate attesting to his entry to the city. That, coupled with his written observations of Jerusalem's architecture, were proof of his stay.

Whaley did not tarry long, and was homeward bound within a few days. He arrived back in Dublin in the summer of 1790, easily satisfying the conditions of his wager. He collected his winnings, and, after clearing expenses for the trip, still made a hefty profit.

A restless, man, Whaley had further travels, although not so far afield, but was present in Paris during the Revolutionary period. He was obliged to flee from gambling debts several more times, and finally expired on a journey to London either from rheumatic fever, or, as some said, from a fatal stabbing at the hands of one of two jealous sisters. At his funeral it was said that a Mr. Robinson, an Irishman, danced a hornpipe over the coffin.

The exploit was celebrated in song and music. "Buck Whaley's Departure" was a song set to the melody "Rutland Jig (The)" (AKA "Humors of Dublin (2) (The)"), and a song with the chorus "Round the world for sport," which became attached to a popular dance tune[1]

Versions of the melody were entered into the large mid-19th century music manuscript collection of County Cork cleric and uilleann piper Canon James Goodman as "Coughing Old Man (The)" and "Diversion Everywhere (2)." See also "Jackie Layton/Jack Lattin/Lattan" for another story of a tune named for a wager.

Back to Around the World for Sport (4)