AULD SNATWELL. Shetland, (Slow) Jig. G Major. Standard tuning (fiddle). AABBCCDD. A traditional Shetland jig learned by Tom Anderson from the playing of fiddler Peter Fraser, who thought it might have been a wedding tune. Fraser was an early member of the Shetland Folk Lore Society, formed in the last years of the Second World War, and a member of the Folk Society Band. 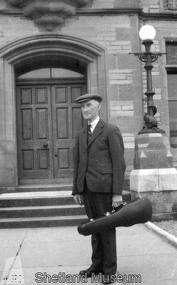