Find traditional instrumental music
This is the stable version, checked on 17 September 2021.
Jump to: navigation, search

Back to Balgeny's Bowling Green

BARGENNY'S BOWLING GREEN. AKA - "Balgeney's/Balgener's/Balginie's/Ball gownie's Bowling Green." Scottish, English; Jig (6/8 time). England; London, Northumberland. D Aeolian or Dorian. Standard tuning (fiddle). AABBCCDD (Bremner, Glen, Gow, Riddell): AABB (Vickers). Composition of the melody is credited to fiddler-composer John Riddell (1718-95) of Ayr by Glen, Gow, Seattle and others. Seattle (1987) notes Riddell's (or sometimes, Riddle's) best known tune is "Dumfries House," and the composer was alive at the time the Northumbrian editor William Vickers was compiling his collection. Glen finds the tune earliest in print in the collections of Riddell (1766, p. 46) and Bremner (1757), and it also appears in the [James] Gillespie Manuscript of Perth (1768). Bremner's version is set in 12/8 time. 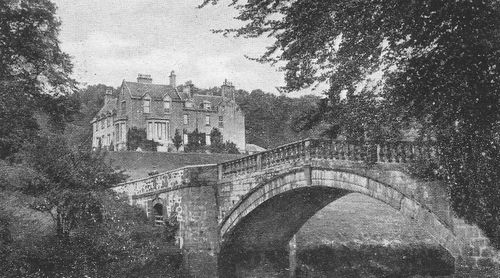 Bargenny House, Ayr, near Girvan
Bargenny Castle, on the south Ayrshire coast, was a stronghold of the Kennedys of Ayrshire and originally was a tower house enclosed by a courtyard with four-story corner towers. It was demolished in the 17th century to build the three-story mansion of Bargenny, nearby, which possibly incorporated a fortified house. However, the Kennedys sold the estate to John Hamilton in the 1630's, who then became Lord Bargenny. The present Bargenny House dates from 1681, built for the Hamiltons (later Dalrymple Hamiltons, then later Earls of Stair). At the time of Riddell's publications (1766 and 1782) Bargenny was the seat of John Dalrymple, great grandson of the 2nd Lord Bargany, who assumed the name Hamilton. He carried out some alterations to the house and commissioned William Adam, William Bouchart and George Robertson to remodel the grounds. Installing a bowling green by your estate was a fashion for a time, much as a tennis court or swimming pool is today. See also Riddell's "Woods of Bargenny (The)."

Back to Balgeny's Bowling Green