BARHAM DOWN [1]. English, Country Dance Tune (6/4 or 3/2 time). D Major. Standard tuning (fiddle). AABB. Barham Downs, Kent, lie just to the north of the village of Barham, estabished in Saxon times. The tune was originally published in Henry Playford's Dancing Master [1] (11th edition, 1701), and continued to appear in the long running series until the end, with the 18th edition in 1728 (published at that time by John Young).

The Playford family were Royalist sympathizers during the Commonwealth period, and welcomed the Restoration in 1660. This tune would seem to celebrated that, as Barham Down was the place in Kent where the nobility welcomed Charles II from his exile in France. Perhaps not incidentally, Barham Down the legendary scene of King Arthur's last and greatest conflict with Mordred. 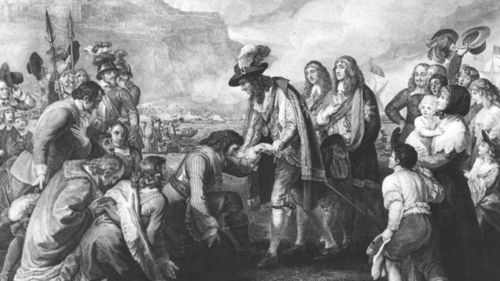