Back to Baron De Steins Cotilion[edit]

BARON DE STEIN'S COTILION [sic]. Scottish, Cotillion or Country Dance Tune (2/4 time). G Major. Standard tuning (fiddle). AABBCCDD. Composed by Scottish dancing master and musician Duncan MacIntyre (c. 1767-1807), who established a practice in Edinburgh, but who moved to London in the 1790's. It was in the English city that he published his 1794 collection, dedicated to Lady Charlotte Campbell. 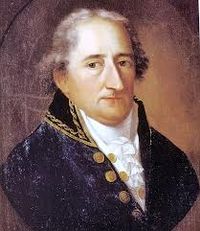 Heinrich Friedrich Karl vom und zum Stein [1], Baron de Stein (1757-1831), from one of Germany's oldest aristocratic families, was the Minister of State to the King of Prussia during the Napoleonic era.

Back to Baron De Steins Cotilion[edit]