BARTLETT-HOUSE. English, Country Dance Tune and Reel (cut time). B Flat Major. Standard tuning (fiddle). AABB. The longways dance and tune were printed in an untitled publication dedicated "To His Highness the Duke of Gloucester" by dancing master Thomas Bray, whose book is the earliest surviving instance of bass added to a melody line. Bray's dances were probably designed for the stage and as a result, their unusual patterns show a marked sense of drama. 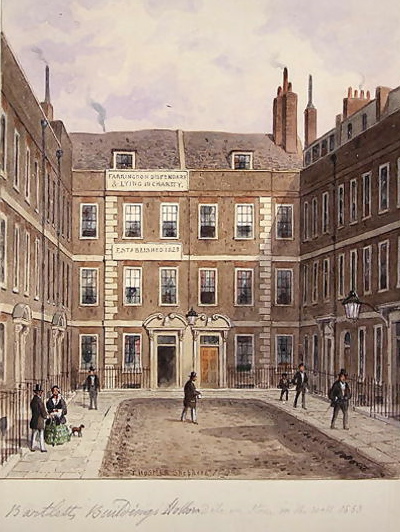 Researcher Graham Christian (2015) finds that the Bartlett Buildings were built be Thomas Bartlett in 1615, in Hoburn. It was a fashionable address for many years, close by Lincoln's Inn Fields Theater, where Bray danced and choreographed for the United Company. Christian suggests Bartlett-House had "personal meaning" to Bray and his friends. By the early 19th century the location was known as a place where solicitors and attorneys had their offices and residences, along with a mixture of gold and silver dearlers. A medieval inn of court, Thavies Inn, once stood near to Bartlett’s Buildings. Bartlett's Buildings were where Jane Austin's (Sense and Sensibility) character the ambitious Lucy Steele usually stayed when she was in London.