Find traditional instrumental music
This is the stable version, checked on 4 February 2020.
Jump to: navigation, search

Back to Birnam Wood 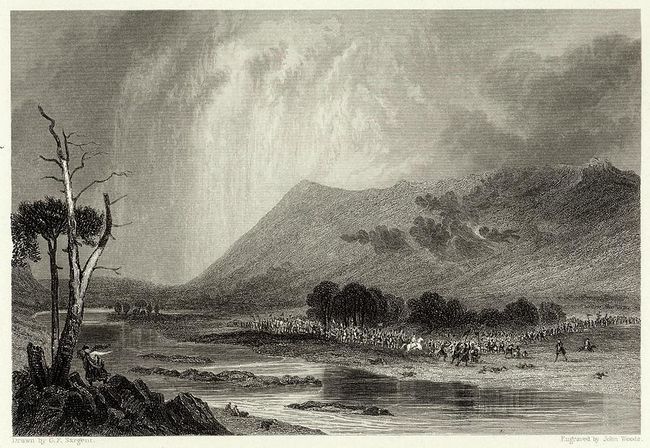 Birbam Wood and Dunsinane
BIRNAM WOOD. AKA - "Birnom Wood." Scottish, Slow Strathspey (cut or whole time). D Major. Standard tuning (fiddle). AAB. The composition is attributed to John Gow (1764-1826), who established a London publishing firm with his brother Andrew, and who distributed brother Nathaniel Gow's publications, as well as his father Niel Gow's collections. Paul Stewart Cranford characterizes it as a "Marching Air". Birnam Wood was immortalized by Shakespeare in MacBeth, when the usurper believes he is safe until the very woods must march before he is defeated. The son of the King he assassinated, Malcolm, eventually gathers a force and stays a night in Birnam Wood on their march to battle with MacBeth. They gather bows in the morning and come to battle adorned with "the Wood". Perhaps more to the point of Gow's composition, the town of Birnam, Perthshire, sits on the River Tay, opposite the town of Dunkeld, home to Niel Gow and family.

Back to Birnam Wood