Back to Black Eyed Suzanna 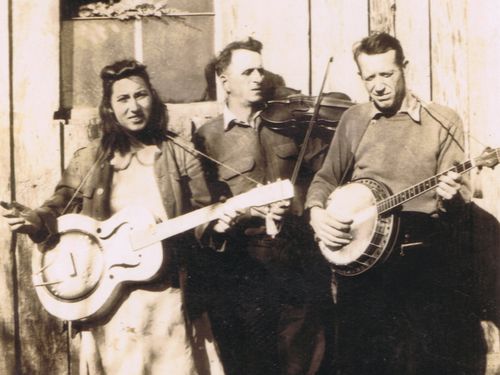 BLACK EYED SUZANNA. American, Reel (cut time). A Major. AEae tuning (fiddle). AABB. "Black Eyed Suzanna" was in the repertoire of north-central Tennessee fiddler, farmer and logger John Sharp (1894-1964), of Jamestown. Sharp was recorded in 1949 on a home machine by his life-long friend, Sergeant Alvin York, a hero of World War I. Sharp was in demand as a dance fiddler and entertainer for rallies, reunions, picnics and similar events, and was often accompanied by one of his children, eight of whom played instruments.

Back to Black Eyed Suzanna