Back to Bloomsbury Market[edit]

BLOOMSBURY MARKET. AKA - "Bloomsberry Market." English, Country Dance Tune (cut time). G Major. Standard tuning (fiddle). AABB. The tune was first published by Henry Playford in The Dancing Master, 12th Edition (London, 1703), and continued to be published in the series (taken over by John Young) through the last edition, in 1728. Later editions of The Dancing Master give an alternate title of "Queensborough" for the melody. It was also published by John Walsh (and later his son) in three editions of his Compleat Country Dancing Master (London, 1718, 1731 & 1754).

Bloomsbury is located in central London, in the Borough of Camden, and was developed by the Russell family in the 17th and 18th centuries into a fashionable residential area. Bloomsbury Market was established in 1662, although first called Southampton Market, and was part of the Russell family's plans to develop the area around their estate of Bloomsberry. It was "a long place with two Market houses, the one for flesh, the other for fish, but of small account, by reason the Market is of so little use and so ill served with provisions; insomuch that the inhabitants are served elsewhere" (Strype, quoted in Wheatley & Cunnintham's London Past and Present, 1891). It is possible Playford knew it as the residence of Robert White, the engraver, who lived in Bloomsbury Market from about 1683 until his death in 1704. 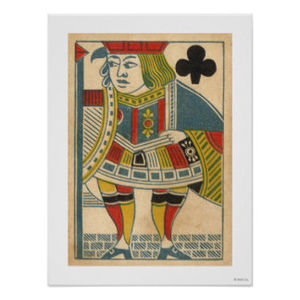 The melody was used by Thomas D'Urfey for his "A New Scotch Song or a Game at Pam," printed in his Wit and Mirth; or, Pills to Purge Melancholy (1705 and later editions). D'Urfey's title references the game of Lanterlu or 'Loo', in which the Jack of Clubs is denoted as 'Pam' or the permanent top trump. The name (according to Wikipedia) "represents an old medieval comic-erotic character called Pamphilus (Latin for a Greek word, meaning "beloved of all"[6]) or Pamphile, in French, described as "an old bawd" by the New Zealand-born English lexicographer Eric Partridge."

Back to Bloomsbury Market[edit]