Find traditional instrumental music
This is the stable version, checked on 8 February 2022.
Jump to: navigation, search

Back to Blue Bells of Scotland (1) (The)

BLUE BELLS OF SCOTLAND [1]. AKA - "Scotch Melody." AKA and see "Blue Bells," "Blue Bells of Challon." Scottish, Strathspey; English, Air and Morris Dance Tune. England; Northumberland, Cotswolds, Shropshire. G Major (Ashman, Hall & Stafford, Kerr, Mallinson, Manson): D Major (Bacon, Trim/Hardy). Standard tuning (fiddle). AB (Hall & Stafford): AAB, x6 (Mallinson): AABB (Ashman, Kerr). The composition has wide currency throughout England and Scotland in dance and song forms. It appears with regularity in fiddler's manuscripts on both sides of the Atlantic from the very beginning of the 19th century, and is still a melody familiar to us today. "Blue Bells of Scotland" is often credited to the singer Mrs. Jordon (in the Stationer's Register, registered in Stationer's Hall in May, 1800), whose real name was Dorthea Bland, who performed it at the Theatre Royal, Drury Lane. 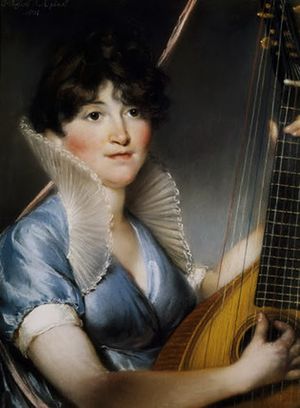 The Irish born actress and singer (who was also the mistress of William Duke of Clarence, later King William IV, for whom she bore ten illegitmate children) introduced it to the stage and did much to popularize it, and she took credit for attaching the lyric to a melody that she called her own composition. Her assertion is in dispute, however, for some find it to be a derivation of the original melody. The lyric was originally written by Ann MacVicar Grant, Mrs. Grant of Laggan, the wife of a minister who supported her family after his death with publications of her poetry. The song in the was also known as "Blue Bells of Ireland" beginning of the 19th century, perhaps in association with Mrs. Jordan's Irish heritage.

The morris dance version is from the Adderbury, Oxfordshire, area of England's Cotswolds. Dancers sing at the beginning of the dance:

Oh where and oh where has my highland laddie/lassie gone? (x2).

A Northumbrian version is arranged as a duet by editor W.J. Stafford in the Charlton Memorial Tune Book (1956). The melody proved popular as an air and many songs were set to the tune. One, "John Bull and Bonapart" from the Napoleonic period, gives a sense of the British feelings of vulnerability and defiance in the face of the threat of invasion, while at the same time managing to ridicule the opponent.

The tune was sometimes printed in 19th century collections under the generic title "Scotch Melody", presumably to avoid copyright claims.

Back to Blue Bells of Scotland (1) (The)