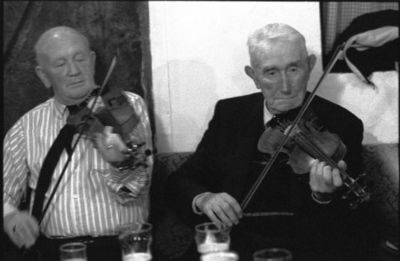 Irish guitarist Paul de Grae relates the story of the north London pub called 'The Case is Altered' (actually there were several pubs with that name), a name that stems from a centuries old expression meaning "things are different now." Another story exists for the oldest of the 'Case Altered' pubs, that had supposedly been established by a veteran from Wellington's army during the Napoleonic Wars who had been invalided out. The soldier had been wounded during the Spanish campaign and had been hospitalized in a commandeered villa called La Casa Alta, a name transformed and brought home. Bobby Casey liked to go to the pub on a Sunday, says Paul, leading some to playfully refer to it as "Casey's Altar!"