BOSTON JIG. American, 'Straigh Jig' (2/4 time). A Major. Standard tuning (fiddle). AABB. The tune is a 'straight jig', a type of duple-time dance for the mid-19th century minstrel or variety stage. 'Jig' is used in the sense of the English 'jig dance', a solo dance performance (rather than the 6/8 time Irish jig). The minstrel troup Buckley's Serenaders [1], of whom James Buckley was the leader, were one of the most successful blackface organizations, and for many years featured family scion James Buckley and his the three sons (plus assorted other performers). They played for years at venues in Boston and New York, and toured England extensively, as well as abroad. 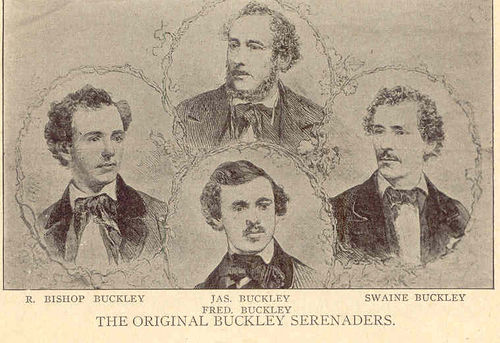