Bridge of Dye (The)

Back to Bridge of Dye (The) 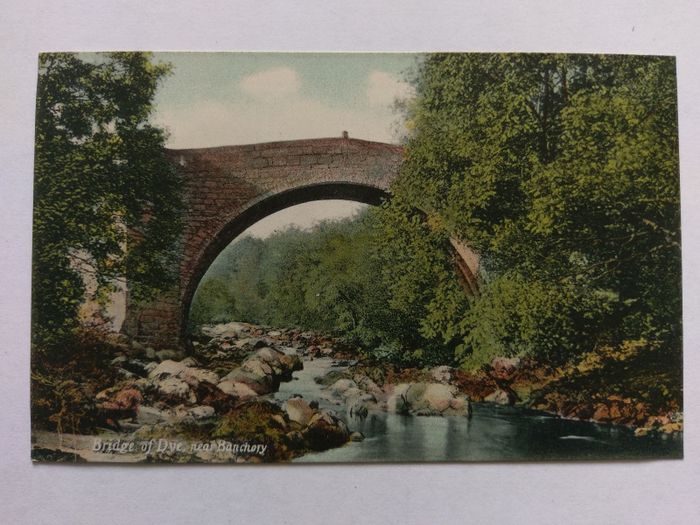 BRIDGE OF DYE, THE. Scottish, Strathspey (whole time). D Major. Standard tuning (fiddle). AB. In a pre-improvement landscape where roads were scarcely cart tracks and hill roads, such as that ascending the Cairn o'Mount between the old town of Kincardine (now gone) and Strachan on the Feugh, merely hill paths, the Bridge of Dye must have been a welcome and imposing sight.

Built in 1680 with a ribbed single arch thar harks back to late medieval times, this is one of the earliest bridges in the North-east. Its importance, and that of the north-south routeway on which it stands, are emphasized by an act of 1681 that permitted tolls to be levied for its upkeep. [1]

Back to Bridge of Dye (The)