Find traditional instrumental music
This is the stable version, checked on 12 November 2021.
Jump to: navigation, search

BRISTOL WELLS. English, Jig. G major. Standard tuning (fiddle). AABB. The melody (with dance instructions) appeared in two London periodicals in 1755, R. Baldwin's London Magazine, or the Gentleman's Monthly Intelligencer, and John Hinton's Universal Magazine of Knowledge and Pleasure (Supplement to). It also appears in John Johnson's 200 Favourite Country Dances, vol. 8 (1758). There were hot-springs at Bristol Wells, Gloucestershire, that had a sedative effect and were thought to be curative of a number of illnesses. Resorts sprung up to serve the needs of the fashionable class that frequented them. 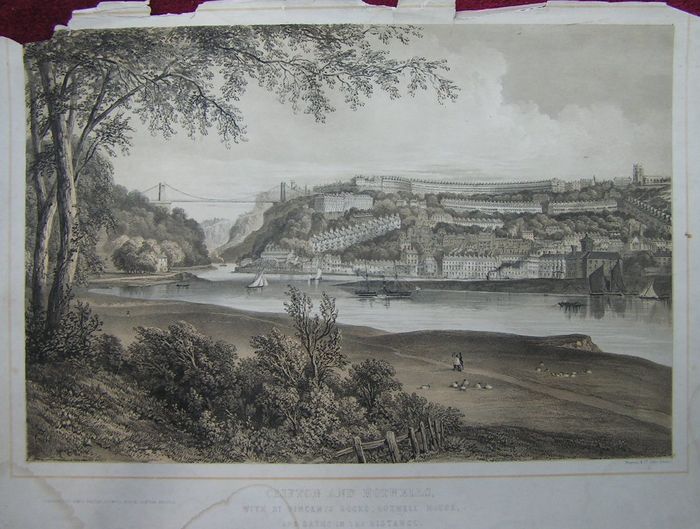 Clifton and Hotwells with St.Vincents Rocks, Hotwell House and Baths in the Distance.