Back to Brockett Hall

BROCKETT HALL. English, Country Dance Tune (cut time). D Major. Standard tuning (fiddle). AAB. Brockett Hall is a country house in Hertfordshire, England. The present structure dates from 1760, when it was built by Sir Matthew Lamb, 1st Baronet, to the designs of the architect Sir James Paine. However, it was not the first dwelling on the site; the first of which was built in 1238 and the second about 1430. The 1430 home belonged to Sir John Brockett, a wealthy spice importer and Captain of Queen Elizabeth’s personal guard. 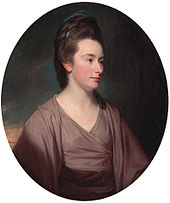 At the time "Brockett Hall" was published, it was owned by Peniston Lamb, 1st Viscount Melbourne (1745-1828) and his wife Elizabeth (née Milbanke), who was frequently visited by the Prince Regent (1762-1830, later King George IV). It is reputed that the Prince fathered one of Elizabeth's children, one of a number of illegitimate children by his several mistresses. For her part, Elizabeth had several other romantic liasons, as did her husband, Viscount Melbourne. 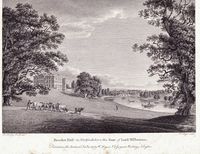 Back to Brockett Hall