Buff Coat Hath No Fellow (The)

Back to Buff Coat Hath No Fellow (The)[edit]

BUFF COAT HAS NO FELLOW, THE. AKA and see "Buff Coat," "The Dukes Dang Ower His Daddy." English, Air (6/4 or 6/8 time). B Flat Major (Chappell): D Major (Walsh). Standard tuning (fiddle). AB (Walsh): AAB (Chappell). The air appears in the 4th and all later editions of Playford's Dancing Master, and, attesting to its popularity, in numerous ballad operas of the 18th century. In later editions of the Dancing Master it appears under the title "Excuse Me" or simply as "Buff Coat." Chapell (1859) claims the air, especially in its original form, as English, although it is also claimed by the Scots and Irish. (The often unreliable) Grattan-Flood (History of Irish Music), for example, maintains:

Some years later was composed a jig-tune, "An Cota buide," or "The Yellow Jacket," which was printed by Playford in 1652 as "Buff-coat; or, Excuse Me," and was afterwards altered by the Scotch as "The Deuks gang o'er my daddie" in 1740. Our Irish air appeared as one of the tunes in the ballad opera of "Polly," in 1729, and Moore tells us that it was also adapted to a popular song commencing: "My husband's a journey to Portugal gone."

Flood repeats the assertion that "Buff Coat" and "Excuse Me" are the same tune in Playford, an assertion that William Chappell (1857) also made, yet the tunes are dissimilar. 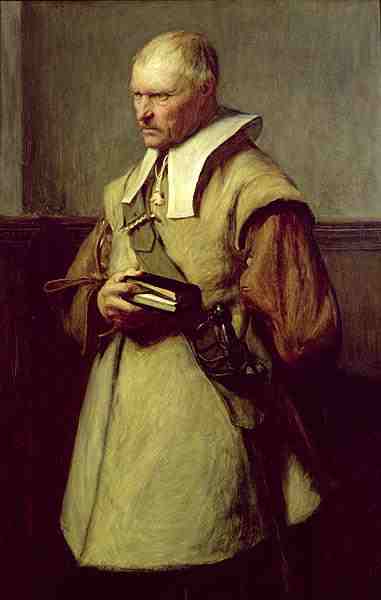 "Buff Coat" appears in the music manuscript collection of north English musician Henry Atkinson, dated 1694, in a version very close to that printed by Playford. John Adams also identifies the variant "She Wants a Fellow" (a folk-processed title) from the manuscript of a Lake District musician named Wilson, dated 1833.

A buff coat was a distinguishing mark of a soldier of the 17th century and was a very stiff leather jerkin or jacket worn during the English Civil War. "Buff" refers to the color, a result of the tanning process, and the leather was left unpolished and hence undyed. Buff coats were worn by pikemen and cavalry, either under a steel corslet or as a piece by itself, especially as the use of armor declined during the century. The pike was regarded as the "senior" weapon, the one with the most status and the most desired by 'true gentlemen'. Wielding a pike required considerable strength, and generally the strongest and tallest recruits were issued the weapon. As the use of armor declined, so did the pike, however, the buff coat continued to be worn by the cavalry. Thus the buff coat often denoted the troops with the highest status in the army.

Back to Buff Coat Hath No Fellow (The)[edit]