Find traditional instrumental music
This is the stable version, checked on 24 March 2021.
Jump to: navigation, search

Back to Buffalo Chase 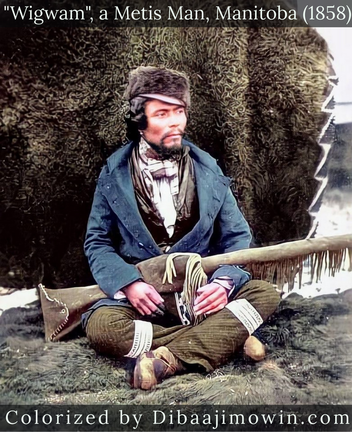 BUFFALO CHASE. Canadian, Reel (cut time). Canada, Manitoba. B Flat Major ('A' part) & F Major ('B' part). Standard tuning (fiddle). ABB. "Buffalo Chase" was composed by Métis fiddler Andy DeJarlis (1914-1975), of Woodridge, Manitoba. For Indigenous peoples on the plains, bison were an essential element of their ways of life and were the single most important source of food and other materials. Because so much depended upon the success of the hunt, ritual and ceremony were of vital importance. When the great bison herds were all but extinguished by the late nineteenth century (through overhunting by both white and, arguably, Métis populations), the lives of the peoples who depended on them were equally devastated and radically changed.

Back to Buffalo Chase