Cat in the Pattens (The)

Back to Cat in the Pattens (The)

CAT IN THE PATTENS, THE. English, Country Dance Tune & Jig (6/8 time). B Flat Major. Standard tuning (fiddle). AABB. Pattens were a type of footwear meant to slip onto one's shoes to raise them above the ground. 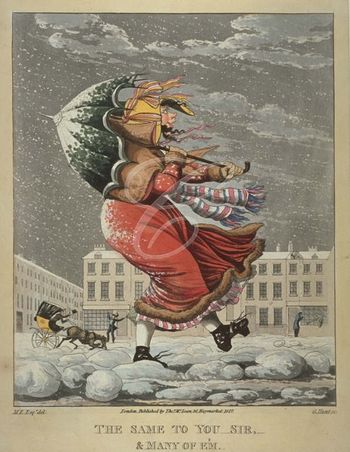 A woman wearing pattens in the snow. Image @ City of London
They were a way to spare leather shoes from the damages of mud and weather in the 18th and early 19th century, or were worn by working men and women involved in trades that might damage footwear.

Back to Cat in the Pattens (The)