Back to Champion Hornpipe (2) (The)[edit]

CHAMPION HORNPIPE [2]. Canadian, Hornpipe. B Flat Major ('A' part) & G Minor ('B' and 'C' parts). Standard tuning (fiddle). AABBCC. The composition was composed by Johnny Mooring [1] (1927-1974), of Springhill, Nova Scotia, perhaps in memory of his victory at the North American Fiddling Championship in Shelburn, Ontario, Canada; he won for three consecutive years: 1964-66. He recorded over twelve albums and toured extensively in Canada, and was seen on TV on Don Messer's broadcasts as well as other shows. Mooring died at age 47 in 1974 a few days after a parking lot fight after a gig in Riviere Beaudette, 50 miles west of Montreal, some say at the hands of a jealous husband. 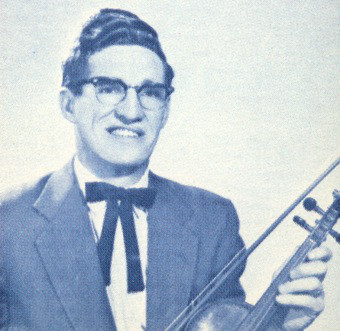 Back to Champion Hornpipe (2) (The)[edit]